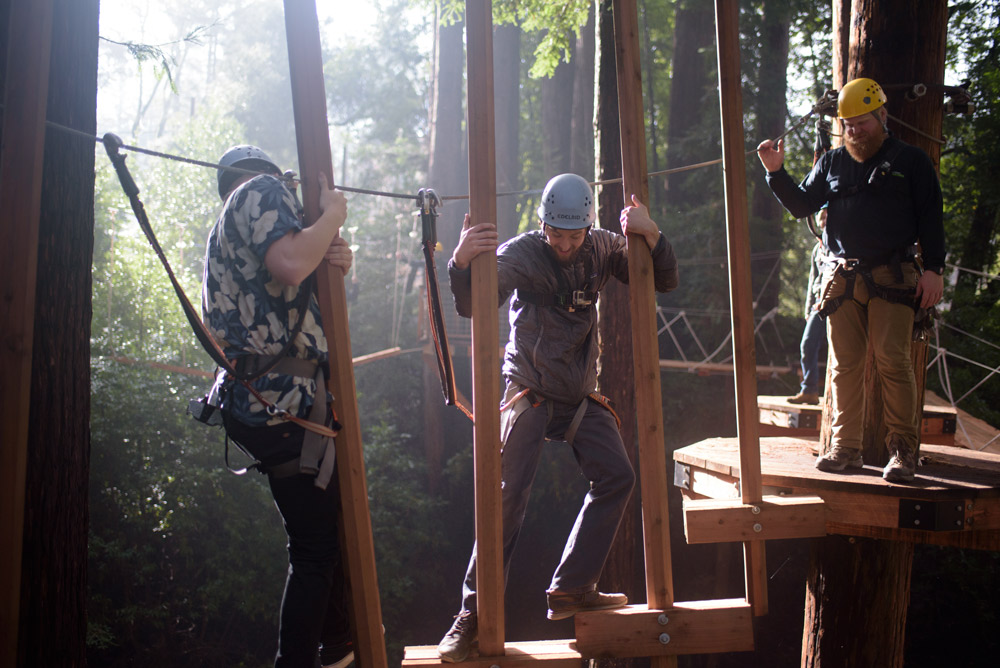 Our staff are not all the same. I know that seems obvious, but it has been a profound opportunity that Mount Hermon Adventures has been able to embrace— the fact that our amazing staff is a complicated collection of individuals. We are all created in God’s image, loved and invited into relationship with Him, but some of our staff don’t know all that when they join our team.

In every interview process, we explain what Mount Hermon is, our mission, vision, values, heritage, and how we use adventure to invite people one step closer to Jesus. We open a conversation that some who we interview have never had—and even though they may not fully understand, they join our team of intentionally missional adventure staff. Every year we hire a handful of staff that don’t yet know Jesus and over the past seven years many of them have found Jesus because of their work at Mount Hermon.

Adam came to us in the hiring process humbly disclosing a background of some poor, adolescent choices that could cause some employers to shy away from hiring him. Impacted by his humility and openness, we asked him to join our team. At first, Adam worked primarily in our recreation area— helping overnight guests in the McAfee Fieldhouse, leading archery and helping with our community recreation leagues. He emerged as a hard worker, responsible, engaged and most of all questioning what made Mount Hermon different. As Adam continued to learn and grow in his position, he was also learning and growing as part of the Adventures staff community—participating in staff activities and building relationships with staff. He added skills to his repertoire by serving as a Redwood Canopy Tour guide, working on the adventure courses, and developing teams as a Team Building Facilitator. 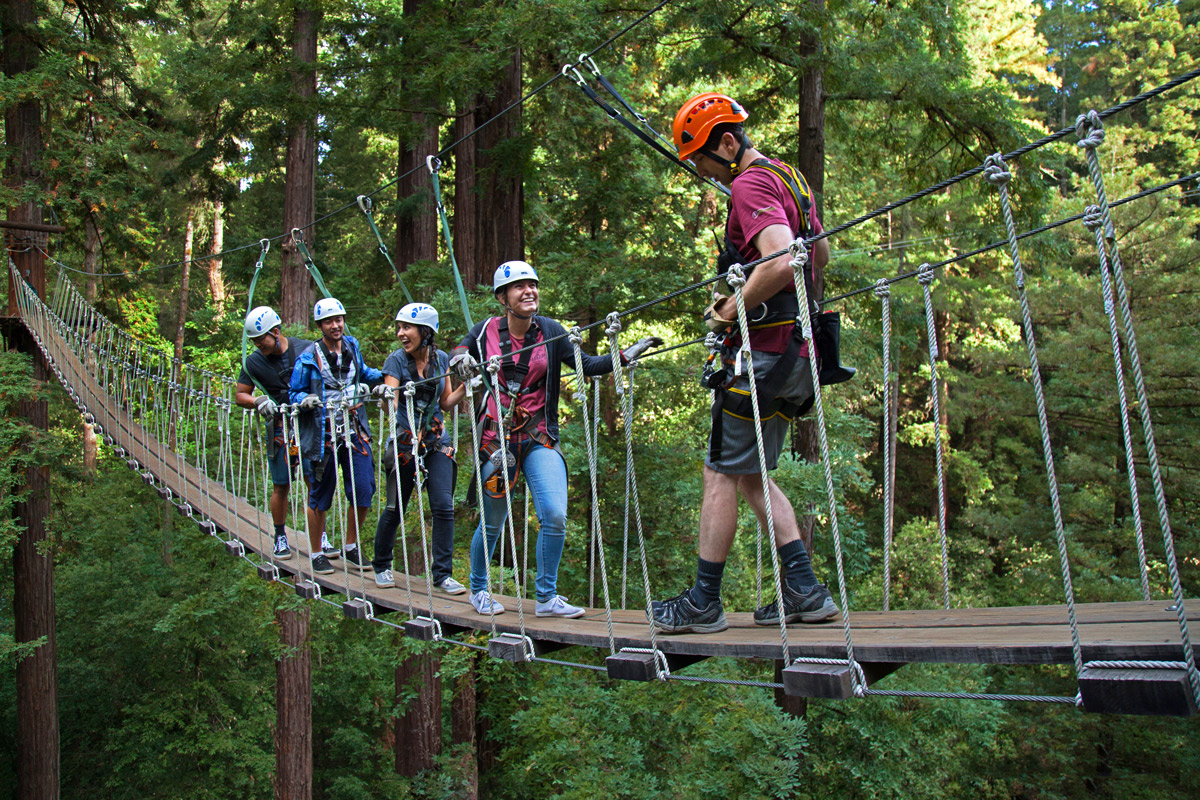 One day, Adam called Laura Messerly, our Adventure Operations Director, to let her know that he was going to the doctor because of a toothache. The toothache led to the discovery that Adam had a brain tumor. He called to tell Laura the situation and was sad he wasn’t going to be able to work as much.

Upon receiving this devastating news, the Adventures staff rallied around Adam, prayed for him, assisted with care and meals, and showed him love. Initially, the doctors gave Adam a very low likelihood of survival—but Adam continued to join us for work as he was able through his brain surgery and chemotherapy treatment. It was during this dark time that Adam came to understand what a relationship with Jesus was all about, the saving knowledge of Grace, and the power of a loving Christian community.

Adam’s treatment went on for several months, and he continued to work as he was able, sharing his journey with us. His growth during this time was tremendous. His presence blessed staff and guests. Eventually, Adam won his battle with cancer and began the long road to recovery, gaining his strength and stamina back. As he began to discover that there was life ahead of him, he intentionally gave back to the Mount Hermon community by mentoring younger staff, leading by example, and even sharing his story at our men’s Boot Camp program.

After several years with Mount Hermon Adam’s time on staff drew to a close and we were sad to see him go, but excited about the next chapter of his life. About a year after Adam had left I ran into him at the Santa Cruz Boardwalk. He shared with me how grateful he was that we had hired him all those years ago and given him a chance when other employers might not have. He shared about how grateful he was for the community and the impact it had on his life and during his fight with cancer. Lastly, he wanted me to know how much being on staff at Mount Hermon had changed his life, and the lives of many other staff and that what we do was special and had great impact beyond the guests that we serve.

Adam’s story is just one of several where a staff member has encountered Jesus while working at Mount Hermon. We are honored and blessed to work with some of the most amazing people, experiencing grace and life-transformation together. 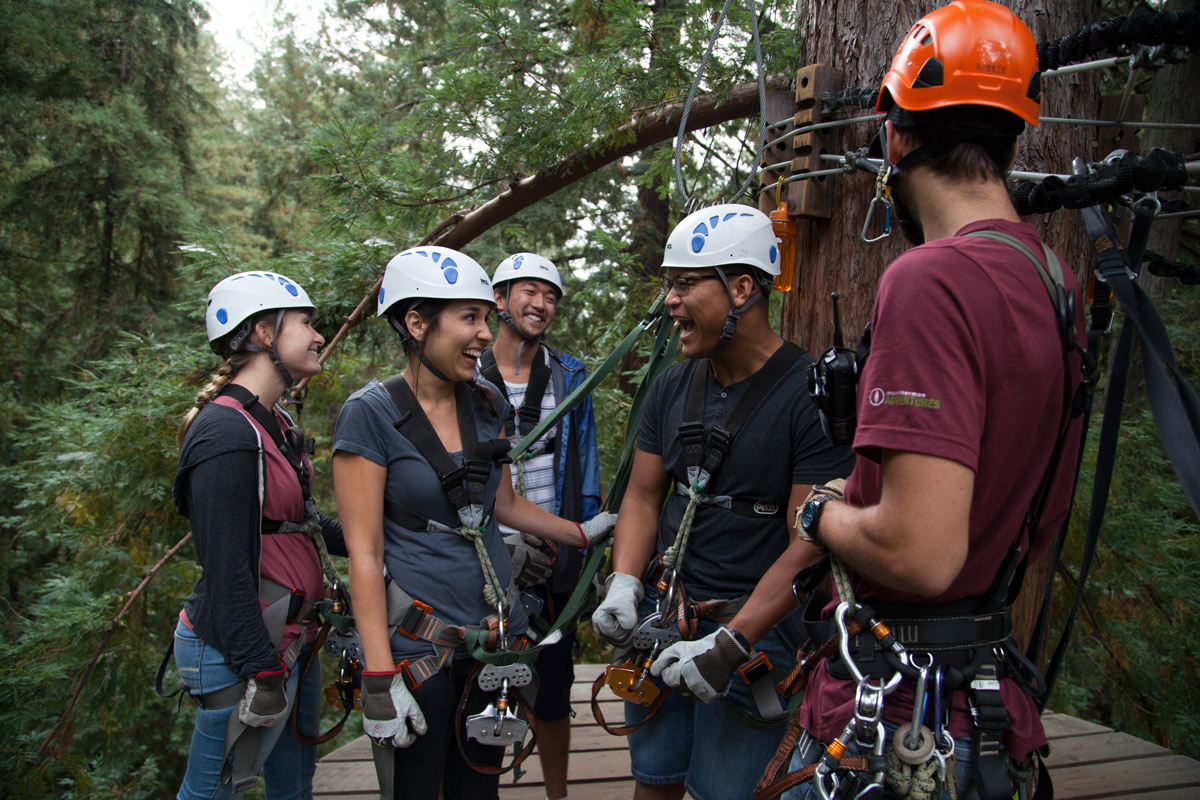