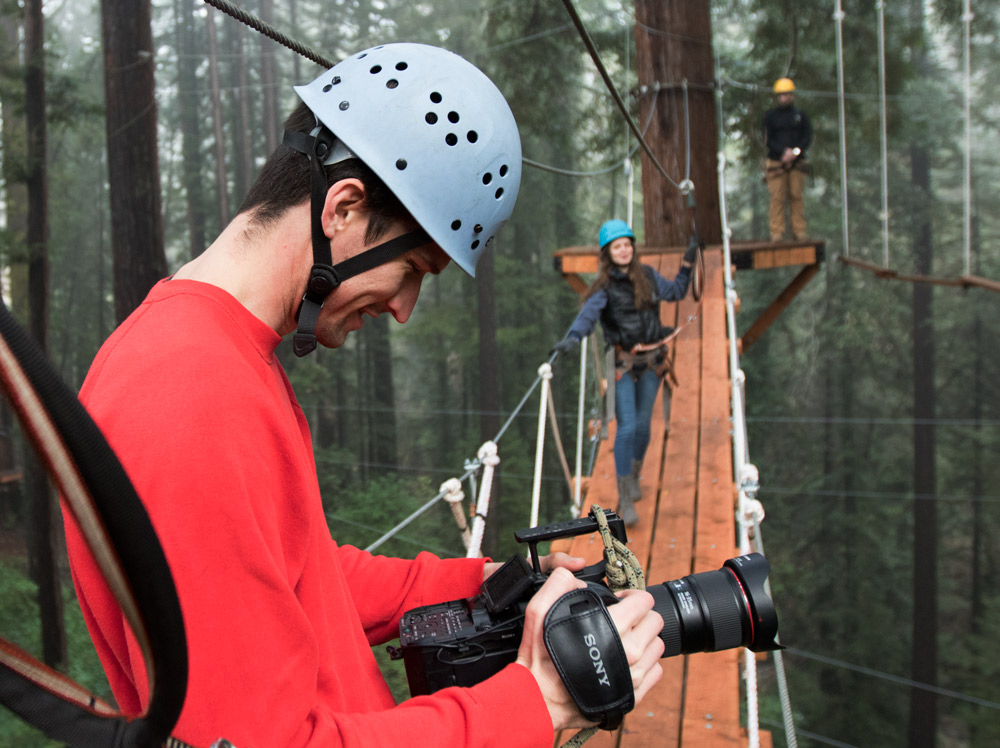 Two students sit on the benches outside of the Creative Services office wielding their phones and chatting about the upcoming summer. “Did you see the video? Here, let me show you.” Huddled around a phone and with a simple click, together they watch a sneak peak of the exciting things that will happen at Ponderosa Lodge this summer.

“I don’t know what the Sequoia Aerial Adventure is,” says one guest to another. “Here, watch this video. It’s awesome. We have to do this!”

Video is an anchor in communication of everything that we do at Mount Hermon. If a picture is worth 1,000 words, video is worth a million. But what has become the norm and can be accessed effortlessly actually represents hours of preparation, storyboarding, shooting, editing, color correcting, revisions and hard work.

Micah Smith, who leads our video production team, brings years of film experience from his time working in Los Angeles as a cinematographer and Digital Imaging Specialist, including his Emmy-winning work on the human trafficking documentary “The Pink Room.” Micah’s approach and professional insight have taken our ability to tell the story of Mount Hermon to a whole new level. 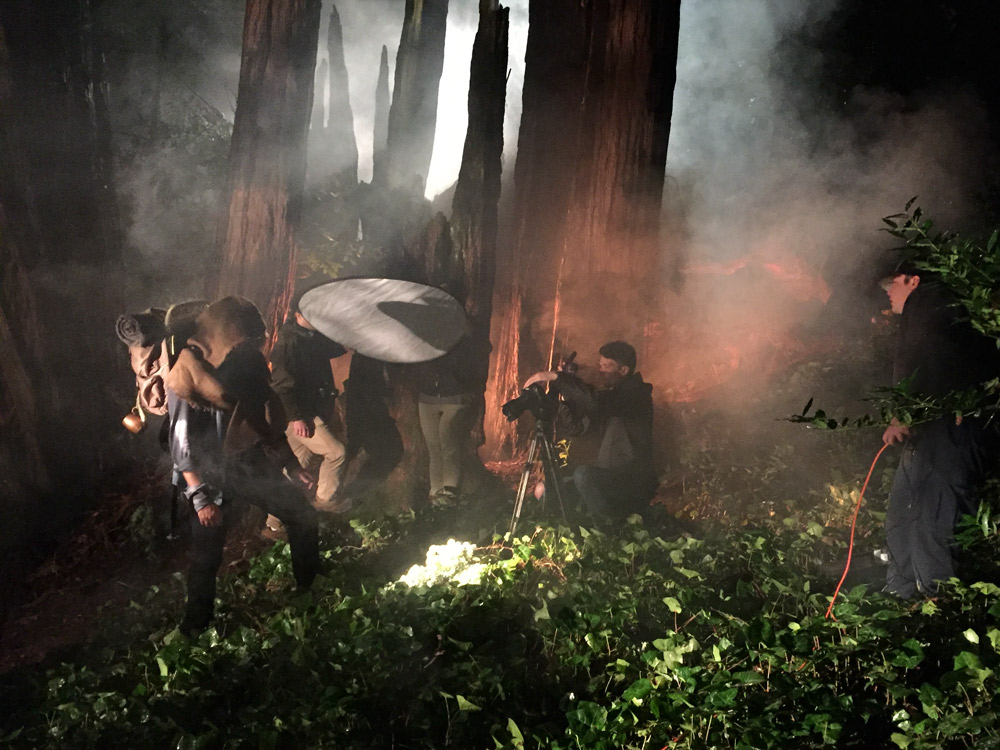 “I think video at Mount Hermon is important because it can tell a side of the story that a photograph cannot. People connect with the humanity of people sharing their testimonies and how God has changed their lives for the better. To hear and see that transformation in the moving image connects powerfully with the viewer and allows them to identify with similar stories in their own lives as well.”

Making a video requires much more than just one’s skill behind the camera. The work to make a vision go from concept to final cut takes a team of people from several departments working and dreaming together to produce something truly spectacular. The shoot for Ponderosa Lodge’s summer theme-reveal involved not only members of the program and creative services teams, but coordination with guest services in finding a space to use as a set for several days, and the facilities team to rig our older buildings for the extra lights and power needed to create the desired effects.

With the launch of Sequoia Aerial Adventure this March, it was imperative to have a video to explain and show exactly what it is and invite viewers into the course. Micah led a crew of photographers, videographers, and talent out on the course for two days in order to capture this amazing new experience.

Our most recent production involved creating an overview of what it’s like to come to Mount Hermon with a guest group. Micah and his crew captured footage and interviews for months in order to convey to guest group leaders why Mount Hermon is a great place to bring their people for a life-transforming event. After long hours of gathering, shooting and editing, the video was revealed to the Guest Services Team. Bill Fernald, Director of Guest Services said, “This is it! This is the story I’ve always wanted to tell.” This is the moment a storyteller anticipates; capturing the heart of the story and finding a way to convey it to the viewer.

To see the videos mentioned and many more check out our Vimeo channel at vimeo.com/mounthermon. You’ll be able to appreciate them even more knowing all that goes into a video behind a simple click.

Check out the Mount Hermon Videos