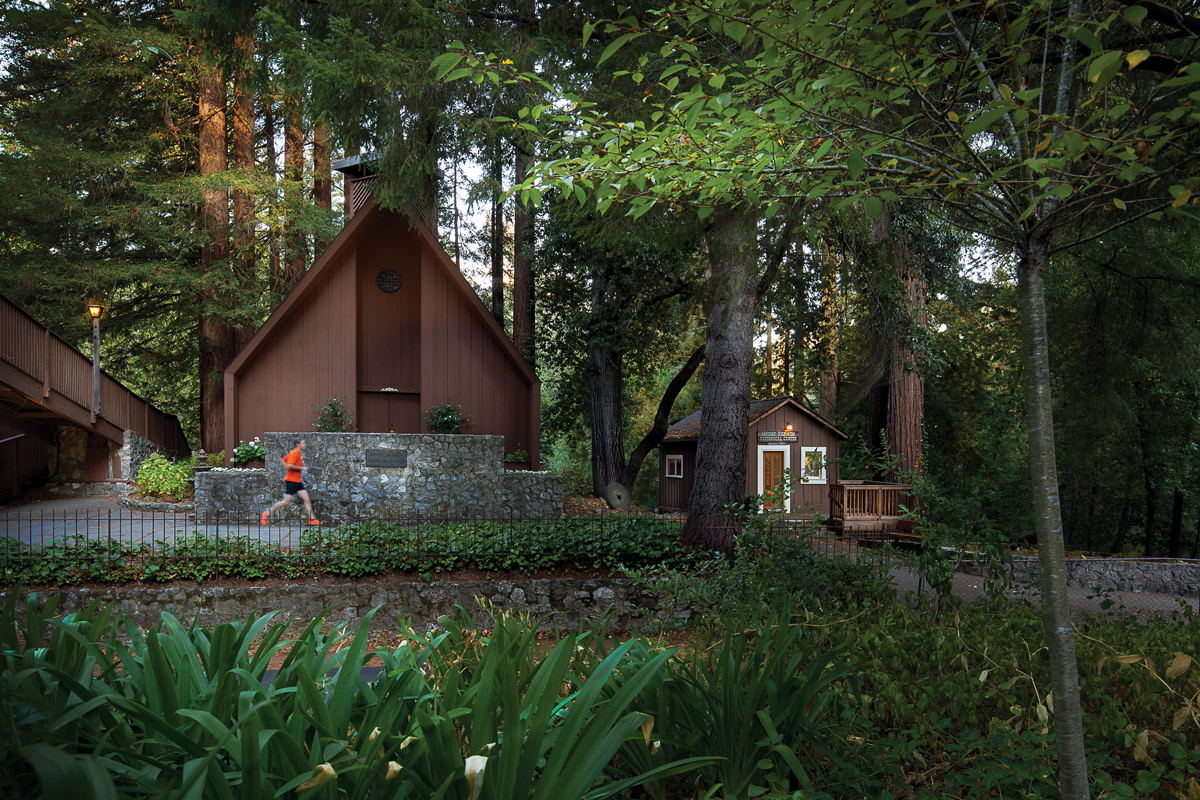 “I am a 61-year-old college teacher raised in another religion, but I am a new Christian because of Mount Hermon.” That’s how my conversation started with Lorents, a member of the worship team during JEMS week this summer at Mount Hermon.

The Japanese Evangelical Missionary Society has hosted a conference every year at Mount Hermon since 1950. Young Nisei pastors, who struggled to revive their ministries in California after the traumatic World War II internment, gathered their families and young people from various Christian denominations for the first Nisei Christian Conference in June of the same year. Today, over 1,500 people from throughout the Mainland, Hawaii, Canada and Japan gather at Mount Hermon and various locations in July.

I could hardly believe this man, Lorents clearly beaming with the love of Christ, hadn’t known much about Christianity only a year ago. Here’s his story:

Raised as a Buddhist in a traditional Japanese– American household, Lorents had a friend in Southern California who kept telling them about “this place we go for summer vacations that’s even better than Hawaii.”

Eventually, Lorents told me, “I thought I’d better check this place out!” He was a guest at Mount Hermon for the very first time with his wife and daughter during JEMS week in the summer of 2015.

The beauty of the grounds made a positive initial impression to Lorents. But then he was impressed with the beautiful spirits of the groundskeepers.

“I couldn’t help noticing that the facilities crew, the housekeeping crew, the registration desk, all had the type of smiles and warm, welcoming spirit that you encounter all too infrequently in customer service industries these days. And it went beyond friendliness: they seemed to truly love one another, and love the guests.”

An announcement was made inviting people to go for a morning run on Tuesday, and Lorents, an avid jogger, decided to join in. When he showed up at the post office that morning, the only other person was the staff member leading the run, Bill Fernald.

Bill is the Vice President of Guest Care at Mount Hermon, also an avid jogger. Bill was delighted to take Lorents on a personal jogging tour of the campus. As they ran, Bill casually pointed to building after building, relating the stories behind their existence.

“Maybe he didn’t realize it at the time, but every story he told was about how these buildings were an answer to prayer,” Lorents said. “Bill would point to a building and say, ‘Oh that’s really an answer to prayer.’ Point to another, ‘There’s another answer to prayer!’ That made a big impression. Prayer to me had always been just a ritual.”

“The idea of actually having answers to prayer was revolutionary. I couldn’t stop thinking about it.”

Then Lorents went on the ropes course with his daughter. Again, he was impressed with the courtesy of the staffers there. When he got to the ropes component called “the leap of faith,” his daughter, who had crossed first, kept calling back to him, “Come on Dad, take the leap of faith!” He began to consider whether he was receiving a larger overall message about the direction of his life.

That evening he attended the worship gathering. Lorents said the message of grace the speaker explained appealed to him greatly, “The idea that life is not just about karma, getting what we deserve because of our actions. The problem with karma was that to work off my bad karma, I had to deliberately add good karma, acts of charity and kindness, for example. But, I started to wonder, if I am doing those good deeds for a selfish motive, bettering the condition of my karma, aren’t they tainted with bad karma? Selfishness is the ultimate bad karma. It seemed to me an inescapable trap. Then I realized the apostle Paul was making a very similar argument in his epistles, for grace and against good deeds as a way of salvation.”

At the end of the meeting, the speaker invited people to come forward for prayer. Having just heard from Bill Butterworth about the effectiveness of prayer, Lorents decided to try it out. He turned to his wife and daughter and said, “Let’s go forward!”

“Would you like to invite Jesus Christ into your heart?” That’s it! Lorents bowed his head and was led in a prayer of repentance and salvation.

The counselor then told him to find two or three other men that very evening and tell them what he had done. Lorents did exactly that, and they were thrilled to suggest further spiritual growth steps. They found out where he lived, and recommended a church in his area.

“And today I stand here, exactly one year later, as an enthusiastic follower of Jesus Christ, involved with my local church, being discipled by mature believers, engaged in the worship team—And I didn’t even really know what it meant to accept Christ at the time!” Then he adds with a twinkle in his eye, “Do any of us really know?”

Lorents makes one thing clear to me: “It really wasn’t only a logical argument that persuaded me. It was the big picture of a loving Christian community that I saw for the first time in my life here at Mount Hermon.”

More Than A Mountaintop Experience