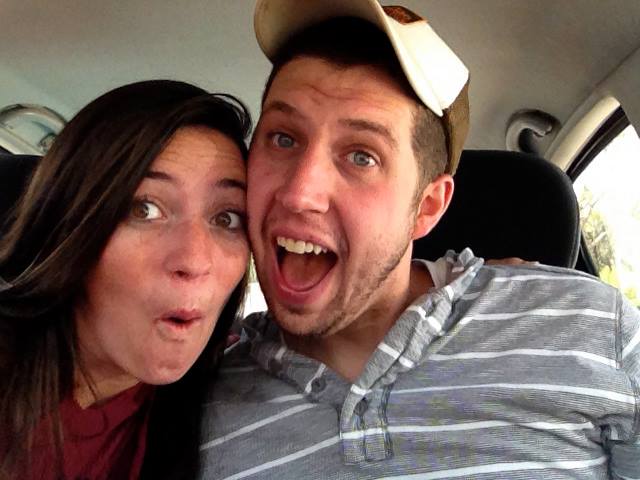 My first Mount Hermon experience was when I was 6 years old as a family camper.  The first time we went was because some of my parent’s dear friends had invited them, we returned all but 2 summers after that. “Dad, I want to go to college so I can work here,” is something I distinctly remember my 8-year-old self-saying on the walk past the chapel on the way to Day Camp.  The weeks that we spent at Mount Hermon in the coming years were the times I felt most myself and connected to God.

After my freshmen year of college at Simpson University I was offered my dream job as a Day Camp counselor and spent the summers of 2008 and 2009 there as Freckles, before heading up the mountain to Ponderosa Lodge to counsel in 2010 and 2011.  These were summers that I met some of my best friends, was astounded with the faithfulness of God and became more bold in sharing the good news of Jesus Christ.

The summer of 2011 was a game changer, I met my now husband, Sam.  He had spent the year doing the bookshop internship at camp, (which he found out about via googling camps after a quarter life crisis brought him to California from Kentucky, thank you Jesus!), we had met briefly during the year, when I got there for training week he approached me with; “Freckles, right?”  After spending the summer as each other’s camp crushes we both were offered and accepted jobs as Naturalists at Outdoor Science School.

Our next 9 months were some spent in the truest community I had ever experienced.  Teaching, playing, learning a theology of nature, pulling broom (weeds), fellowshipping in the Bible, resting meeting with a counselor and going on incredible adventures helped our relationship to flourish.  In March, during a skit in front of 150 6th graders and many of our co-workers and friends Sam proposed to me and once I realized he was serious, I was ecstatic.

We transitioned to the Adventures side of Mount Hermon that summer, guiding for Redwood Canopy Tours, working in the office there and becoming Team Building facilitators before getting married in August of 2012 surrounded by our families and many of the amazing friends we had made because of camp.

Shortly after our wedding we both started looking for full time jobs within camp ministry; Sam was offered a job as Outdoor Adventure Supervisor at Forest Home 6 months later and we moved to Southern California.  Sam has been further trained and developed as a leader and within the ropes course and zip line world and oversees an upwards 30 staff members at Forest Home.  After a fun series of events I was given the opportunity to go on staff with Young Life and start a new area in Redlands, first for college students, then junior high and high school.  Moving was a tough transition for both of us, but as we settled into a new community we decided to choose joy, no matter the circumstances or how lonely we felt.  And it’s a great comfort to know, we can always go back to our Mount Hermon home!