Although I often wish there were more, thus far there have been two times in my life when God’s plan for me has been made unmistakably clear. Both times involving packing up my things and completely re-locating; with the first big move being to Australia, and the second being my return to Mount Hermon in April 2013. Looking back at both of these times, I am extremely grateful for God’s perfect peace and timing. My 10 months in Australia directly following college helped solidify and direct my career path in Christian Outdoor Education and my return to Mount Hermon is something I still praise God for regularly.

I originally heard of Mount Hermon through a professor in graduate school and, although not my original plan, or even my B plan, I found myself moving to California on a very hot day in early September to begin my year as an Adventure & Recreation intern in 2011.  I learned and grew personally and professionally that year and although by spring I could not be convinced to stay for another year, by summer I had secretly been won-over by the incredibly vast and life changing ministry of Mount Hermon.

Moving back home to the East Coast, the next eight months following the internship could best be summarized as “soul searching,” all the while never quite being able to shake off the fact that Mount Hermon had won me over.  A week into my first full-time job in North Carolina, I learned of the new full-time position with Mount Hermon Adventures. After quite a bit of internal struggle and prayer, and lots of frustrating silence from God, I decided not to pursue the position. Despite this decision, a little piece of my heart was undeniably still at Mount Hermon and that little piece did not seem to be shrinking.  Instead, it was making it increasingly difficult to be present and effective in my current role.   Two long, challenging, but extremely powerful months of relying on God later, I checked the Mount Hermon jobs site on a whim and was unexpectedly flooded with emotions (and tears) to see the full-time position for Adventure Operations Coordinator sitting there on the list. 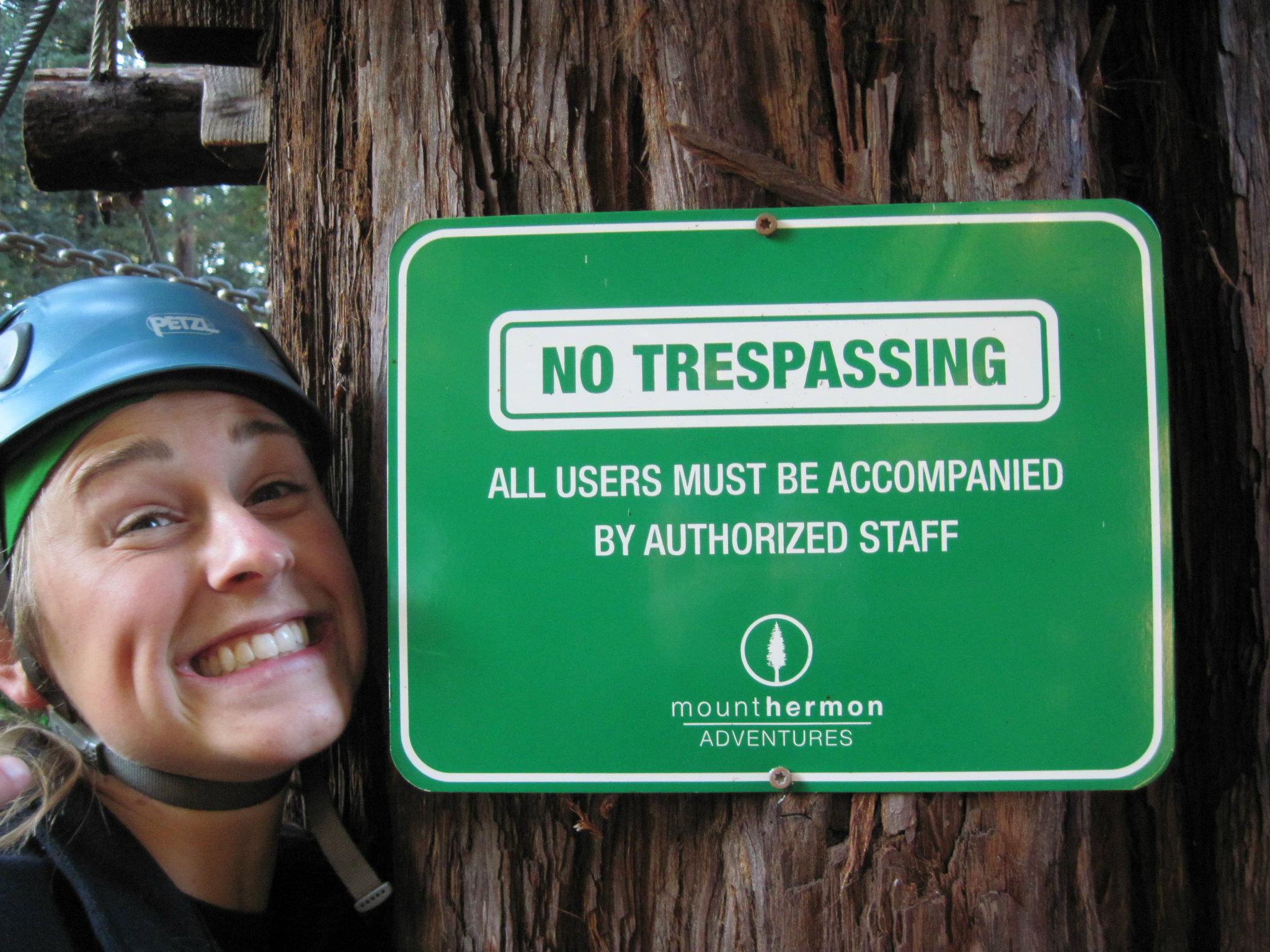 Now serving as the Adventure Operations Director, I have the privilege of interacting with our amazing adventure staff (ranging in number from 50 to 150 depending on the time of year).  I am continually blessed by the attitudes of these individuals and how they demonstrate God’s love to each other and our guests through their words and actions while guiding them on experiences in God’s remarkable creation.  Lives are certainly being transformed on a daily basis in large and small ways out in our immense redwood trees and on the lush meadow and I am incredibly thankful to get to play a small role in making those moments happen for so many people from varying walks of life.