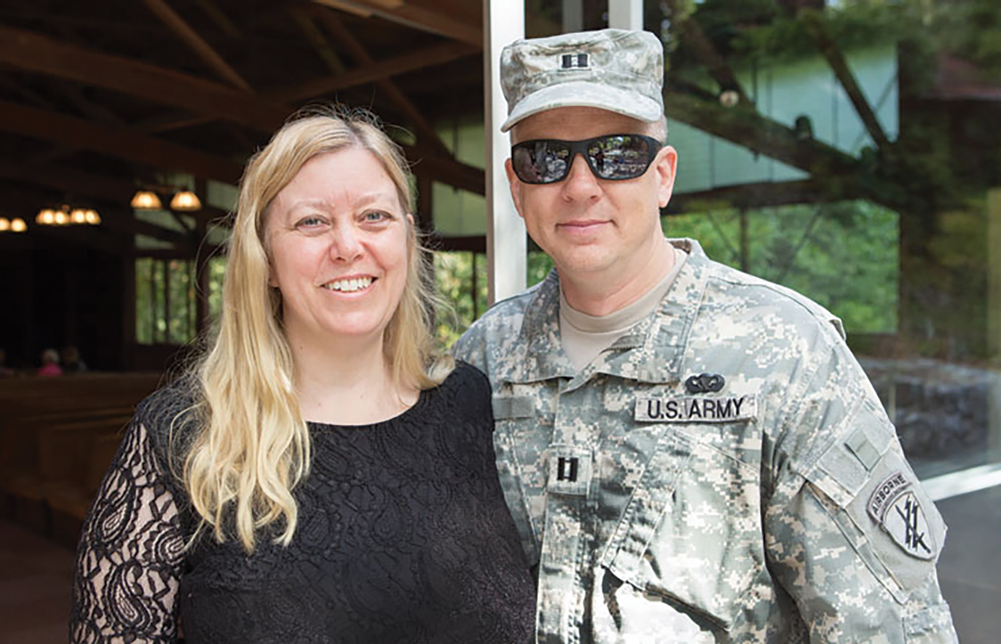 One of my favorite parts of working as the Family Camp Registrar has been registering military through our Military Campership Program. This program is for active-duty military who are about to ship out or are just coming home, and fully funds the military family to come to a week of Family Camp. No need to worry about the finances, just pack up, and drive to Mount Hermon for a week of fun, food, family bonding and rejuvenation. Over a 100 military families have come through this program in the last four years.

I have seen the power of a week of Family Camp in my own life. My journey at Mount Hermon began in 1989 as a four-year-old Day Camper. In college, after many years of Family Camps, I had the opportunity to become a summer staffer. I worked two summers starting in 2009 and when I graduated in 2010 I was offered a full time job as the Family Camp registrar.

In the past few years, I have had the opportunity to sit with some of the military families at lunch and hear about their life as a military wife, missing their husbands, raising their children. Or I would sit with a husband and wife and hear about what an amazing week of camp they had, finding their family bond again after being away from each other. This was what I came to work at Mount Hermon for: seeing God move through the simplest act of a family coming to camp.

This past summer we had a military couple that did not show up at check in. We called to check on them only to find out the husband has PTSD. It had affected his memory and he forgot when to come. When I called the wife the next morning she was in tears thinking they would never be able to come once they had missed their week. I told her it would not be a problem for them to come the following Sunday. I promised it would not be an issue and all we wanted was for them to be at camp this summer! They came to camp the following week and I was lucky enough to meet them and shake the husband’s hand, welcoming them to camp and praying for a great week. I may have worked behind the desk but it means the world to know that I had a hand in bringing peace to a family who may have needed it more than I will ever know.

We are so grateful for Megan’s years of service to our Family Camp guests, particularly those who are active-duty military.

These military camperships (averaging $2,500 per family) are funded entirely by the support of generous donors. Would you join us in helping to sponsor a military family to come to a week of Family Camp?

Give to Military Camperships