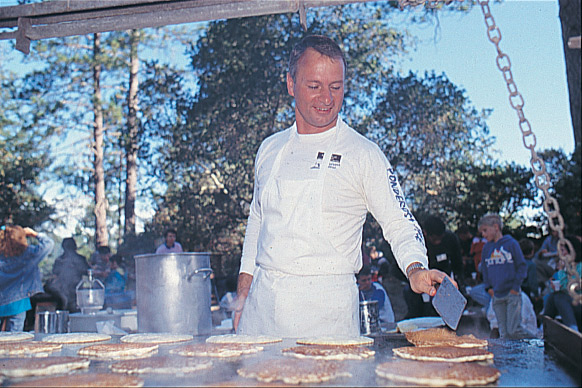 They Serve… Because They Believe 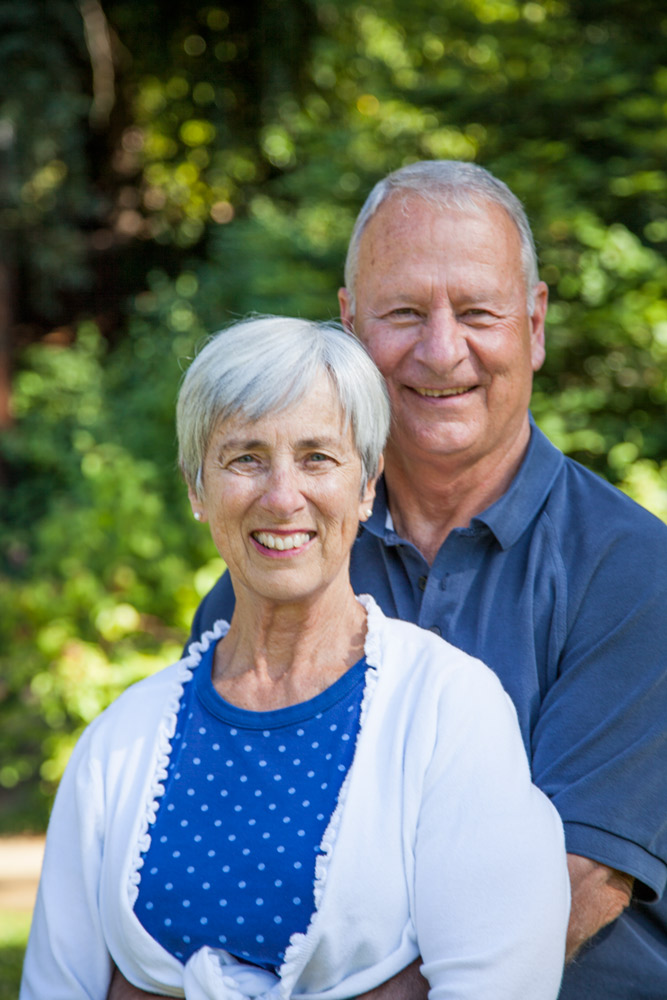 Ron first came on the Redwood Camp Summer Staff in 1961, and returned in 1962 and 1963. On the car trip in 1962, he met Jacquie Dangers, who had grown up in Zaire (now Congo), and was attending Westmont College. After serving together at Redwood and dating, they were married in 1964.

From 1964–67, they came up to host college conferences at Mount Hermon. In 1967, he was named Mount Hermon’s first intern, working at Redwood Camp under Dick Dosker. Together, they put the finished touches on program planning for the new high school camp at Ponderosa Lodge, and Ron became director there in 1969.

Jacquie worked as a registrar in 1967, raised two daughters, and later was full–time in the HR office, in charge of hiring hundreds of summer staffers. This last year she has fought a battle with cancer, and has now finished her final round of chemotherapy. She loves visiting their two grandsons in Colorado and granddaughter in Texas.

Ron led Ponderosa Lodge from its beginning in 1969, and became Program Director of Mount Hermon in 1983. In 2000 he moved to the Advancement Office, and in 2011 he stepped aside when he was named to the Mount Hermon Trustees, which he still chairs.

Because he has influenced thousands of young people who have now moved into responsible Christian ministries world–wide, Ron is considered the “go–to” person when our staff needs information on someone. “He knows everyone, it seems,” says his former Advancement boss, J. R. Loofbourrow.

Ron believes in “paying it forward,” and supporting those whose lives have intertwined with his. He serves on four boards. “Intensive Care” is involved in third–world teaching of pastors. “The Fellowship” in Santa Cruz, with former staffer Rich Price, is involved in discipleship. And he serves on the board of his brother–in–law’s orphanage in Africa, “New Hope Uganda”. Because he has received so much from his involvement with Mount Hermon and now the Trustees, he and Jacquie have also joined the Redwood Society, to pledge part of their estate to the ongoing ministry of Mount Hermon.

It wasn’t in his job description, but Ron is also known as the pancake king, having flipped pancakes two or three times a week every summer for over 45 years. And for years he drove the bus to the beach with eager loads of high schoolers. “At camp, you do a little bit of everything––whatever needs doing,” he reports. He has done it with modesty and willingness. That makes him a pretty popular guy with thousands of young people, now grown up, all over the world.

Getting to Know the Mount Hermon Annual Fund

They Serve… Because They Believe