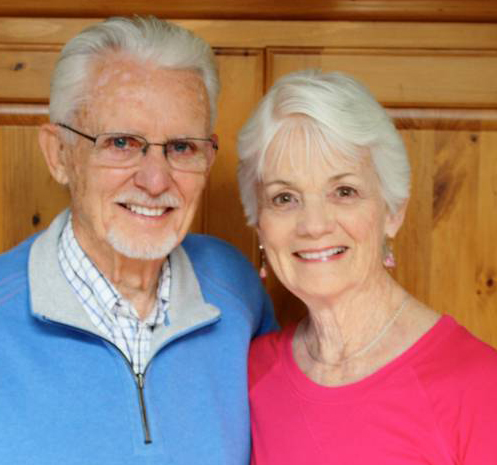 Karen O’Connor had been writing, teaching, and speaking for over 20 years when she was tapped to speak regularly at Mount Hermon’s annual Christian Writers Conference in the 1980s. She has most recently directed our mentoring tracks during the Head Start sessions.

The author of over 20 books, in recent years she has focused on writing humor for seniors, including the best-seller, Help, Lord! I’m Having a Senior Moment. A special recognition award for writing and mentoring honored her at the 2002 Writers Conference, and her shelves are lined with plaques and awards from a variety of organizations.

Her husband, Charles Flowers, has had his own ministry at Mount Hermon for the last eight years. Nearly every week, without fail, Charles comes to spend an hour on the grounds, praying for the work of Mount Hermon.

When he told a friend about praying for his six children, the friend said, “I thought you only had five children.” “Well, we do, but Mount Hermon is our sixth child,” Charles replies with a grin.

Charles knows his days are numbered, as he received a pacemaker in September, and was recently diagnosed with terminal metastatic cancer in the liver. Under care of Hospice, he reports he has no pain. Nothing seems to keep Karen and Charles from being very involved in Mount Hermon.

Not only do they pray, they give and plan for the future. As members of our Associates family, they’ve also made provision in their estate planning for Mount Hermon, which qualified them for charter membership in the Redwood Society.

Karen O‘Connor, a long-time Writers faculty member, has coordinated the Head Start and Morning Mentoring Nonfiction Track for many years until she stepped down for this year to care for her hubby, Charles O‘Connor. He passed through to Heaven March 6th. His ministry to Mount Hermon will be deeply missed. We are rejoicing about his presence and healed body in Heaven.