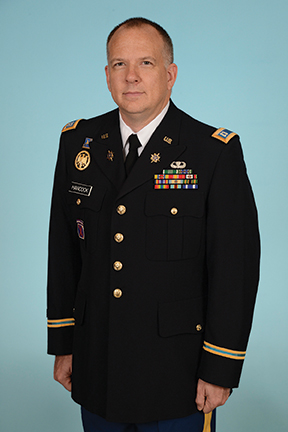 In 2011 Sherry and Laurana Hancock came to Family Camp for a much needed time of encouragement as recipients of a military campership while husband and dad, Brian, was deployed in Afghanistan. In 2012, and since, they have returned as a family.

I’m Brian Hancock, Captain in the United States Army and a recent veteran of Afghanistan.

The military did what they could to try to put me back on track, but that wasn’t successful. After seeing me this way for several months, my loving wife suggested that we try the spiritual program here at Mount Hermon. I was pretty skeptical. To be honest, I wasn’t sure that God really existed anymore, after the terrible things I had seen in Afghanistan. I was willing to be optimistic. I asked how much it would cost. She said, “Free!” and stole my last objection to coming to Mount Hermon, so we packed up the whole family and came down here for Family Camp.

“Your donation I am firmly convinced, saved my life, saved my marriage and I am so grateful”

Within about two hours of arriving, I realized that this was a special place. It was, in every possible way, different from what I had experienced in Afghanistan. It was clear to me that this was a magical, spiritual place where there could possibly be real healing for me. I was pretty stand–off–ish at first. I didn’t really join in the worship that was happening. In fact, my wife had to drag me over a couple of times. I was still worried that there were bad guys behind every redwood. After a few days of meeting people, many of which were fellow soldiers who had had similar experiences and were also on military camperships, I came to realize that you can get through this. The fantastic pastors and instructors here, like Sherwood Carthen (rest his soul) inspired me every night.

A little bit about my situation before I got to Mount Hermon. I was fighting at the Pakistan border in one of the most dangerous areas in Afghanistan. We were attacked every single day, sometimes several times a day. That was a very difficult time. I didn’t have phone or internet to Skype often. We didn’t have the ability to stay in touch with my wife, Sherry, or my daughter, Laurana. You can imagine how difficult things must have been for them at home.

I shielded them, as most soldiers do, from the things that were happening, but eventually something happened that I could not keep from them. After serving overseas for eleven months, I was wounded one month before I was scheduled to return home. The rest of the unit went home, were reunited with the families. I was sent to a wounded warrior unit. I didn’t get to see my family or friends or continue my life for several months due to my injury.

I’m sure you can imagine that my faith in just about everything, including spiritually, had really been shattered in that distant land. When I got home and had time to interact with civilians, nothing really mattered to me. Nothing I did seemed important. I just didn’t care about immediate life activities. Everything seemed surreal and in slow motion. I spent most of my time reclusive like a hermit. When I was out, I was always looking for snipers and how I was going to be attacked.

Something started to happen for me. 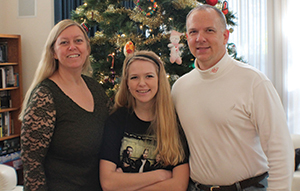 That dead heart in me began to awaken again. That spiritual section that had been cut off, that physical section where I had been wounded and was shutting down, that mental component where nothing mattered and my will had drained away from me…I began to feel something again. I began to be able to speak to people face–to–face again. I began to be able to appreciate my family again. By the end of that one week, I was attending the sessions, sitting inside, listening to the Word, singing songs of worship, able to walk around trusting the people here.
This was the first real opportunity to live in Christian community in a Biblical sense that I had ever experienced. I knew that when I left, over time, I would be okay. That all started it for me again.

I returned to work. I was able again to continue part of my life in normalcy as well as getting the medical help that I needed to begin turning everything around. It has been a few years now, and a few Mount Hermons later and I am FAR down the road to recovery. I’m at the point now where I am looking for who I can drag here kicking and screaming…for other soldiers I can bring here to see what this place can do for them and their relationships with one another and with God. I am very thankful for that.

I would like to close with a word to my sponsor. It was free for us because someone out there donated the money for us to come. Nothing is truly free in life. Behind every opportunity there is some Good Samaritan who makes that opportunity happen for soldiers like me. I will never meet you. I don’t know who you are. Your donation, I am firmly convinced, saved my life, saved my marriage and I am so grateful. I hope one day with Jesus guiding me, I will be more like you and make the same donation to save another soldier’s life. Thank you!