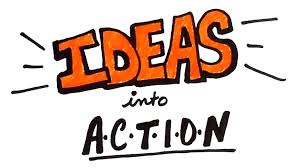 How do we care for the trafficked survivor?

(Today’s post is by guest blogger Justin McRoberts. Justin is a songwriter, storyteller, teacher and an advocate for Justice. You can find him at justinmcroberts.com.)

The idea of picking up a well-hit ground ball and accurately firing it to first base doesn’t get a ball to first base. It’s the act of picking up the ball and firing it that does the job. Learning to do that well takes years of practice. It’s a very long process. And even then, perfect execution of that practice is hardly guaranteed. Ask Red Sox catcher Jarrod Saltalamacchia.

I wish Justice was swift in its arrival if not immediate. But that’s simply not been my experience. In fact, I’ve often noted that change that happens in a flash tends to last about as long. The work of (or toward) Justice, Equality, Fairness, etc. is often awe-inspiring, moving and thrilling. But at least as often it is also disappointing, paralyzing and heartbreaking, even if it’s just the pace of things that makes it so.

A decade ago, when I started partnering with Compassion International, I would tell people that more than 30,000 kids died every day from hunger-related causes. That was true then. But when I refer to that ratio today, I say that it’s closer to 18,000. That’s still (clearly) 18,000 kids too many, but it’s (also clearly) far better than 30,000 or even 40,000, which was the case through much of the 1990s.

If I’ve learned anything about the ostensibly “Spiritual” facet of human life, it’s that change happens at roughly the same rate in spiritual matters as it does in physical matters. It’s a slower process than any of us, and particularly the excitable among us, would like.

Please…
Read bills and measures,
learn who your state and local candidates are,
and vote.
Please.

(Today’s blog post is by Justin McRoberts. Justin will be our worship leader at the upcoming FIGHT Conference, May 2-4. For more information on the conference or to register, go here.)

How do we care for the trafficked survivor?

The Cost of Just Living