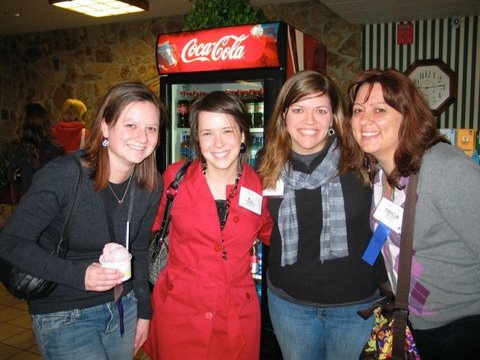 Mount Hermon Christian Writers’ Conference was something I planned to do… you know, after I moved to Hollywood, cast myself as Dolly Parton, and produced my debut film with Matthew McConaughey.

I’d read all about M.H. Most of the authors I admired/stalked got started in this magical place. And I thought, “How nice. Maybe some day after I (a) get a life (b) get a manuscript (c) get a shorter list of lame excuses… I’ll go.”

The truth was… I was terrified.

Then it happened. In a moment of what could only be described as extreme delusional insanity, I submitted an essay to Cec Murphey’s Mount Hermon scholarship competition.

The delusions continued when I learned I was one of the “winners”. This was better than a role in Hollywood, I thought. Plus, now I could skip the wig and implants.

Then I realized… I had to write a book proposal.

I’ll spare you the next several months of despair, gloom, and chocolate. Ultimately I did share my proposal with an agent beneath the beautiful canopy of California redwoods. Then I trudged back to my gorgeously furnished room, looked in the mirror, and saw the booger hanging out of my nose.

I wish I was making that part up.

The next part I am also not making up: I still do not live in Hollywood, do not look like Dolly Parton, and do not film with Matthew McConaughey. I do, however, have a contract with the agent I met at Mount Hermon – which only goes to prove that M.H. is, indeed, a magical place.