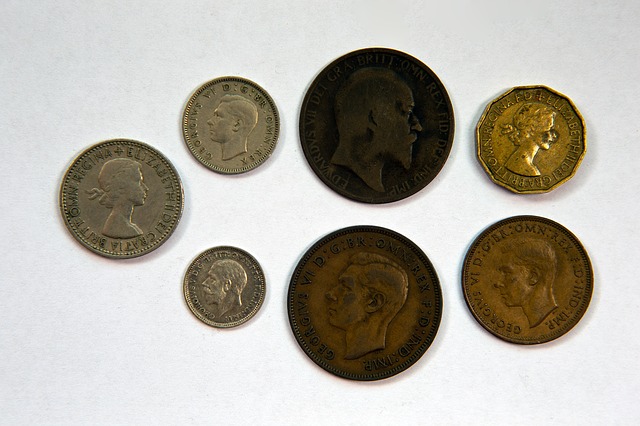 Many novels hardly even mention currency in the story. And most characters never run out of money or supplies … unless it’s a convenient plot point.

But a creative author can use money as a way to introduce the intricacies of the world that is created. Currency can shine light on the motives of a character. In fantasy, the currency is often based on one or more types of metal. Classic science fiction fare typically has paperless credits or universal currency. So long as authors stick to the mantra of “show, don’t tell,” economies can serve as much more than background.

Imagine a world where a usurper just commandeered control of the kingdom where your story takes place. As an indication of his newly established dominion, he mints new currency with his face on the coins and issues an edict that all commerce must be conducted with his coins only.

Those who support the usurper will gladly comply, while those merchants with less-than-loving feelings toward him will be inclined to continue to accept the “old money.”

Placing your protagonist in the midst of this political intrigue opens a variety of options that will enhance your story.

Picture a universe where a horse with a lame leg has more value to a merchant than a healthy horse. There are  myriad reasons this could be the case, each giving you the chance to expand your world.

Perhaps the sacred texts of your world include this proverb: “The favor of the gods will shine upon the man who cares for a lame animal, for his heart is pure and worthy of reward.”

This uncommon bartering system would create some particularly memorable scenes in a time-travel plot line like Outlander, where the protagonist is not familiar with the world. Your readers would then be able to experience confusion with your main character, which creates further connection with your story.

It would be easy to “play the religion card” in this scenario. To use an example that could potentially occur in our actual world, consider what the market for hamburgers in India might look like if India were a militant Hindu nation.

But religion is not the only reason a black market might exist. There are many creative concepts that could be applied here. The monarch of a kingdom could be deathly allergic to nuts, so they are banished. But there are certain indigenous tribesmen who still rely upon the sale of Brazil nuts. Welcome to the Brazil nut black market.

Your protagonist can enter this black market for a variety of reasons, ranging from an insatiable desire for Brazil nuts to a need for extra income.

Consider for a moment what it would be like for a Romulan in the twenty-fourth century to work at a currency exchange for a Klingon world? Try as he might, his strong prejudice against Klingons would come out. This can be brought into the narrative using a short dialogue scene like this:

“We don’t want to exchange our money until Sbardi is working. Like all Romulans, he hates Klingons and gives a better exchange rate.”

In two sentences, the readers are clued into racial tension and see how it impacts the protagonist. The possibilities are endless when you introduce money exchange as a component of your universe.

I am a CPA, but I realize that most people would not want to read a treatise on the economic conditions of Diagon Alley. I’m not suggesting the focus of your stories be on the intricacies of how goods are bought and sold. Instead, I’m pointing out the opportunities that exist in the context of money exchanging hands. Rather than quickly moving over these exchanges, and treating money as a non-entity in the stories you craft, you can add depth and vibrancy to your world.

What other ways could you see currency being used to open up your world to your readers?

Chris Morris is the founder and managing partner for Chris Morris CPA, LLC, an accounting firm focused on meeting the tax and accounting needs of creative entrepreneurs. He has the privilege of counting editors, digital designers, magazine publishers, authors, photographers, online marketing firms, and book illustrators among his clients. He is the author of the book I’m Making Money, Now What? A Creative Entrepreneur’s Guide to Managing Taxes & Accounting for a Growing Business.

Update from the Advancement Team!

Attending a Writers’ Conference: How Would Your Life Be Different?

How I (Finally) Made Peace with Social Media