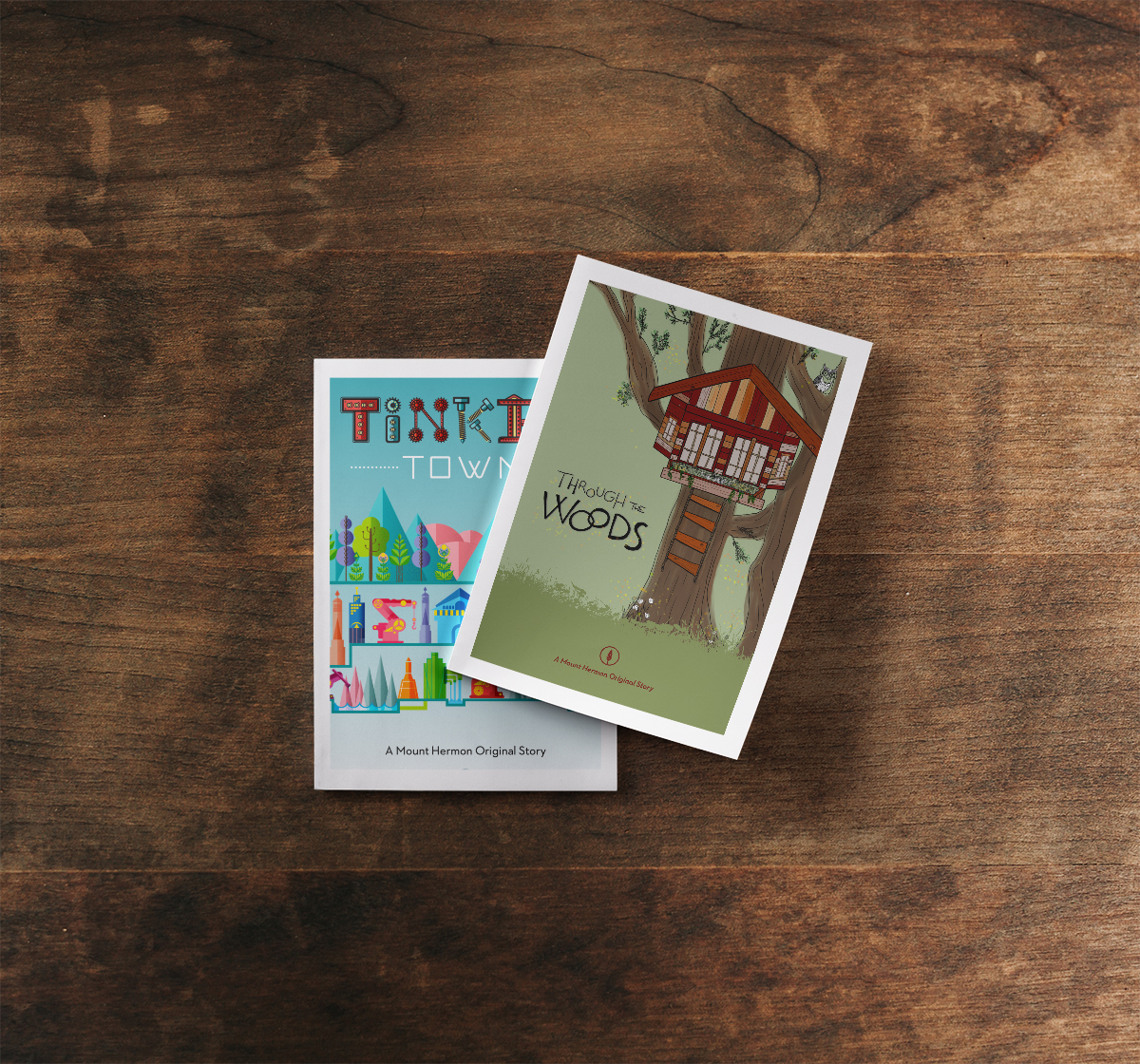 A lot of people have been wondering, “With no guests on grounds this summer, what did Mount Hermon do?”

In the spring, we started creatively brainstorming ways that we could minister to campers, even if they weren’t at camp. We knew we wanted to do something that would minister to our youth campers who were scheduled to go to Redwood Camp and Ponderosa Lodge.

Our creative program team got to work! One of the most fun parts of a week at Redwood Camp or Ponderosa Lodge is the skits, which are intentionally written to teach biblical truth to campers. Paired with Bible passages and small group questions, this is the main avenue for learning while at camp.

So we thought, “Why don’t we take a couple of our most popular skits from years past, turn them into books, and send them to campers?” And that’s exactly what we did! Each camper who was registered to attend Redwood Camp or Ponderosa Lodge this summer received a book.

For Redwood campers, it was Tinker Town, a story about a band of misfit toys who are choosing a new leader. Chapter-by-chapter campers got to read the story, then read the parable that chapter was based on and go through some fun Bible Study questions. For Ponderosa campers, we revived a favorite theme, Through The Woods. This story follows a young boy who runs away to the woods, where he learns that nothing can separate him from God’s love. The story is based on the truths found in Romans 8, and after each chapter, campers were led through a portion of that passage, learning that nothing can separate them from the love of God!

We were so sad to not be able to have campers on-site this summer, but we are glad to have been able to give them a little piece of camp, right in their own home!

4 Steps to Move Beyond Hanging On For Dear Life