What is Mount Hermon Adventures? 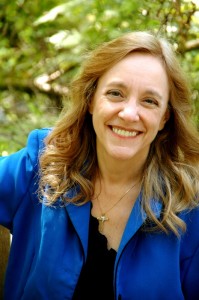 Two types of dashes are often used in book manuscripts:

According to The Chicago Manual of Style and The Christian Writer’s Manual of Style, an em dash should be used to denote a sudden break in thought that causes an abrupt change in sentence structure. For example:

The em dash is used to indicate that one person’s speech has been interrupted by another.

The Chicago manual also states that a defining or enumerating complementary element in a sentence may be set off by dashes.

“Suzette could forgive every insult but the last—the snub by her coauthor.”

CMOS and CWMS recommend that no more than a single dash (or pair of dashes) be used in a sentence. Dashes should be used sparingly throughout a manuscript.

The en dash is used for connecting inclusive numbers, including dates, time, or reference numbers. Examples:

Some word processors can convert hyphens to dashes. In MS Word, go to Tools, AutoCorrect, AutoFormat. Put a check in “Symbol characters (–) with symbols (—).” Then:

If your computer can’t convert, a hyphen may be used in place of an en dash, and a double-hyphen can be typed to represent an em dash, with no spaces before, after, or in between.

Note: For article manuscripts (per the Associated Press Stylebook), do not use the en dash. And insert a space before and after an em dash. For example: “Books — but not articles — use en dashes.”

Did you know the distinction between the two dashes? Think maybe those tips will help revolutionize your dash-editing process?

What is Mount Hermon Adventures?