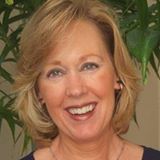 Crystal Bowman will serve as a children’s writers’ mentor in the Pre-Conference Next Level Clinic, teach an Afternoon Workshop, and serve on the Critique Team at the 2016 Mount Hermon Christian Writers Conference.

THE NAME YOUR CHARACTER GAME

I’ve been writing children’s books for two decades and have learned many things along the way. Writing for children is much harder than most people realize—until they try it! The challenge is to write an engaging, creative story using limited vocabulary and word count. Another thing to consider is choosing the right names for your characters. Whether they are human or animal characters, names are important to the story.

Here are a few tips on naming your characters:

Writing for kids is always fun, but never easy. The rewards may not be monetary, but having children fall in love with your books and stories and characters, is worth a pound of gold. And you can even put your name on the cover.

Always Abounding in the Work of the Lord