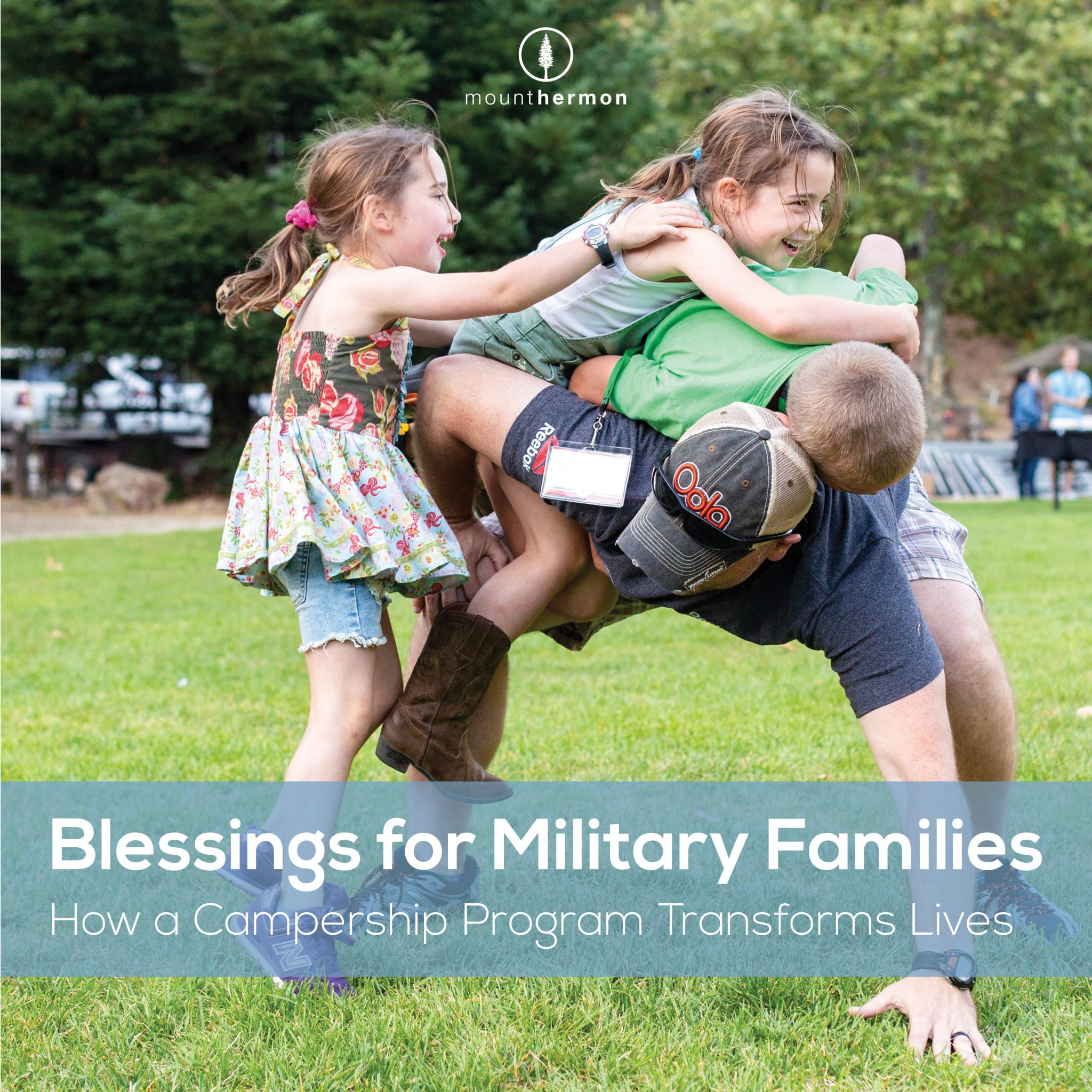 One of the biggest blessings of my job is working with the many military families who come to Family Camp. You may not know that we have a campership program that brings military families to a week of Family Camp free of charge. Each year I marvel at how the Lord uses a week of camp to heal these families who have sacrificed so much, and to reconnect with each other and Jesus.

Several years ago I received an e-mail from DeeDee. Her husband Spencer, who was not a believer, had just received an honorable discharge from the Marines after serving 14 months in Iraq but having a physical disability that didn’t allow him to continue to serve. They had a special family circumstance. Their eleven-year-old daughter, Kayla, had a number of major medical issues. They had traveled the country looking for help but found few answers, while spending tens of thousands of dollars out-of-pocket for medical bills. DeeDee knew Kayla would need some special accommodations to be able to be at camp for a whole week, and we were happy to help!

So DeeDee, Spencer, Kayla, and two younger daughters came for a week of Family Camp, and had the most amazing time! The next year they returned for another week of camp, and DeeDee and Spencer even came to a Couple’s Retreat. Mount Hermon had become a sacred place for their family, providing time together and beautiful memories.

I am devastated to say that last year Kayla’s battle ended and she went to be with the Lord. This past summer was the family’s first time back to camp without her. DeeDee’s parents, neither or whom were walking with the Lord, joined them for support.

DeeDee and Spencer approached me on Tuesday of that week, and told me, “One of Kayla’s dreams was that her dad would come to know the Lord,” and Spencer did! DeeDee asked me, “would you baptize both Spence and our 7 year old daughter Kadence this week?” I was overwhelmed, and we made plans to baptize them in the swimming pool. It was a special and holy moment as we were surrounded by family and close friends.

Several months after camp I received a phone call from DeeDee’s father. He excitedly informed me that he and his wife had rededicated their lives to the Lord at Mount Hermon and were now attending a local church in Southern California, and he stated, “we are both getting baptized this weekend!”

We miss Kayla dearly, but are so comforted and encouraged by the knowledge that now her entire family will one day see her again when they join her in eternity with Jesus.

A Life Transformed at Kidder Creek