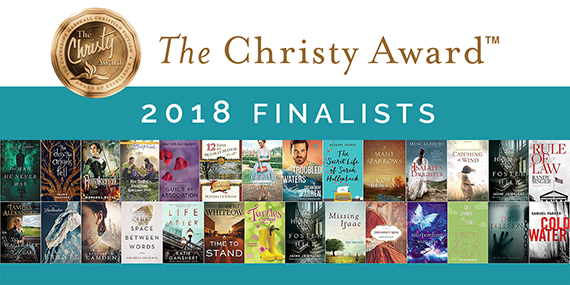 Each fall many Christian authors wait for the announcement of The Christy Award finalists. This year’s announcement made September 19 can be viewed at https://www.christyawards.com/finalists-winners.html. Nearly thirty Christian fiction books in nine categories are selected as finalists.

The Evangelical Christian Publishers Association (ECPA) sponsors the book awards each year. It was established in 1999. The award was named in honor of Catherine Marshall’s bestselling novel, Christy.

The Christy Award Gala is being held November 7 at Lipscomb University in Nashville. ECPA is also offering The Art of Writing: A Focused Conference for Writers, Storytellers and Publishing Curators. The conference will be held in the afternoon before the gala. Speakers at the conference include Jerry Jenkins, Donald Miller, and Charles Martin, 2017 Christy Book of the Year winner.

The gala will feature authors Charles Martin, Francine Rivers, Carla Laureano, Sarah Arthur, and Cynthia Ruchti.
ECPA will also be celebrating the legacy of Madeleine L’Engle, author of more than sixty books including A Wrinkle in Time. This year is the 100th anniversary of L’Engle’s birth.