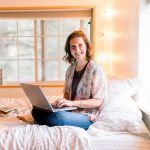 This week Christy Award finalists are waiting for the announcements—is their book a winner?

Mount Hermon attendees and faculty members have been represented among those finalists and award-winners. 2018 Mount Hermon faculty member Joanne Bischoff was one of those winners last year. Joanne’s book The Lady and the Lionheart is the first self-published book to receive the honor.

The Christy awards have accepted self-published titles for several years. Joanne had entered two previous titles, To Get to You and This Quiet Sky, both of which were finalists. Joanne says that “to have been awarded a Christy was a real dream of a lifetime.” 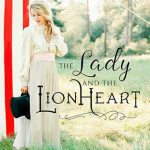 The Lady and The Lionheart has now been published in German, Romanian, large print, as well as an audiobook.

When asked if she will be publishing independently in the future, Joanne says she is writing a two-book series for Thomas Nelson at this time and is very content she will continue with them. However, she does have some fiction ideas, which may fall outside of their usual publishing realm, so may publish those stories independently.

The Evangelical Christian Publishers Association (ECPA) acquired the Christy Awards in 2016. The program gives awards in nine categories plus naming one novel “Book of the Year.” Members of ECPA see value in this prestigious Christian fiction recognition program. The ECPA board and Christy Award advisory board have an aggressive plan to bring out the best of Christian fiction.

The Truth Behind the Book of the Year