I’m glad you stopped by. And what good timing, too. Our first 2015 Faculty Guest Post!

Our guest is a Literary Agent and President of Books and Such Literary Management ~ Janet Kobobel Grant. Click here to read Janet Grant’s complete (and amazing) bio.

Janet Kobobel Grant will join us at the conference, March 27-31, 2015, to review manuscripts, meet with writers, and to co-teach a workshop with Davis Bunn and Laura Christianson. Click here to view the workshop summary for Planning Your Book Launch: Q & A.

And now . . . on we go to read Janet Kobobel Grant’s controversial (or at least thought-provoking) post.

I know, I know, some of you have heard about branding so often that your ears flap shut when the word is uttered. But this topic seems to keep popping up, even if it isn’t invited into the conversation. 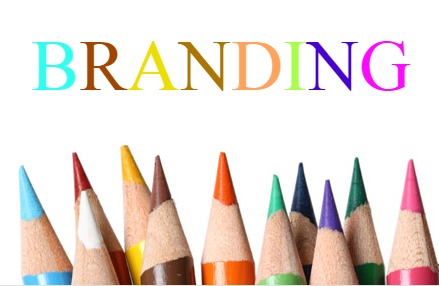 Is branding a “bad” word? One that you can’t bring yourself to care about? Or is it a word that can help you to breakout of your current status (be that mid-list or trying to break into publishing)? My answer is…it’s both a bad word and a good word.

Recently I was chatting with a woman at a recent Mount Hermon Writers Conference who is unpublished but makes her living as a marketer. She clearly was savvy about how to position her projects. But the problem was that she had written a romance and a nonfiction book that would appeal to a specific, broad, and easily-located readership. Her question to me was: “Am I shooting myself in the foot by presenting to editors two very different types of writing?”

While some people are born “branded” and know who their audience is and how to reach it, most writers enter the world of publishing not sure of the direction they should go. I advise those people to knock on all doors to see which one will open. It’s a simple matter of The Open Door Policy. Once you land a contract, you can think about focusing on branding.

Receiving a contract offer means you have put together a project that the publisher believes will find a ready audience, is tightly focused, and that you have the means to help to publicize. It’s a thumb up on all fronts!

This particular conferee had presented her fiction and nonfiction projects to a variety of editors and 100% of the editors requested to see the project. Now, here’s the smart action point the writer took: She only presented one project to each editor rather than talking about both projects.

This writer could, and I believe would, put all of her focus on whichever project ended up with a contract being offered. She had the know-how and the passion to pursue either. That’s the crux of branding; it’s a combo of walking through the door that opens and remaining true to your passion.

Two dangers exist in presenting more than one project at a time:

I also would advise against having more than two genres you’re working in because it’s very difficult to write middle-grade fiction, adult fiction, and adult nonfiction. Well, it might not be hard to write in several genres, but it’s only the extraordinary person who can effectively market in all of them. Most authors struggle with how to write fast and well and to aggressively market their books and develop a significant platform–all of which are requirements in today’s competitive publishing world.

YOUR TURN! Do you write in one genre? Did Janet Grant’s “take” on Branding give you pause when it comes to switching genres?

The Psalmist Had a Day Job