Each Monday we are highlighting one of the Major Morning Tracks for the Mount Hermon Christian Writers’ Conference.

Choose one of seven tracks designed for writers at every skill level for your Major Morning Track—Saturday, Sunday, and Monday. 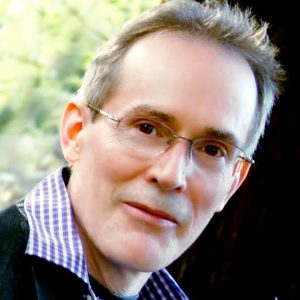 Randy Ingermanson is the award-winning author of six novels and the best-selling guidebooks Writing Fiction for Dummies and How to Write a Novel Using the Snowflake Method. He has a Ph.D. in theoretical physics from UC Berkeley and is famous around the world as “the Snowflake Guy” in honor of his wildly popular Snowflake Method of writing a novel. Randy is an indie author whose goal is to achieve Total World Domination. His wife is OK with that, as long as he remembers to take out the garbage. Visit Randy’s web site at www.AdvancedFictionWriting.com to see what he’s up to next.

HOW TO BE AN INSANELY GREAT INDIE AUTHOR

The internet is buzzing with rumors of indie authors earning millions of dollars—all on their own, without an agent or publisher.  It’s also buzzing with naysayers who warn that indie authors don’t earn diddley.  The truth is that most indie authors don’t earn much, but a surprising number are doing incredibly well.  Why the difference?  In this track, we’ll talk about the “Success Equation” that explains who will be winners and who won’t.  We’ll reveal the secrets of successful indie authors—the vision, strategy, and tactics they use to achieve success.

What questions would you like Randy to answer in his Major Morning Track for Indie Authors?

If you missed any of the previous Major Morning Track posts you can view them here.”