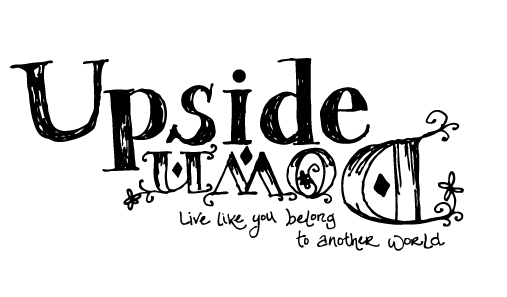 A summer theme always begins with an idea: a simple comment in a text, a conversation with a friend or even thinking through the work that God is doing in our lives.  After this, the praying, dreaming and planning begins!  It was a simple comment made by a co-worker that served as the spark to this summer’s theme at Ponderosa Lodge, and by the time June hits, it will be the message communicated for eight weeks to well over 1,500 students.

Upside Down: Live like you belong to another world.

“In Philippians 3:20-21, Paul exhorts the church in Philippi to embrace their citizenship in heaven. He writes, “But our citizenship is in heaven. And we eagerly await a Savior from there, the Lord Jesus Christ, who, by the power that enables him to bring everything under his control, will transform our lowly bodies so that they will be like his glorious body.” This truth wasn’t just for the Philippian Christians; this truth is for us too. We have been called to live as citizens of Jesus’ Kingdom, which is backwards and upside down compared to the world we inhabit. Though we are called to be ambassadors in this physical world, it is not the world we belong to. We’ve been called to something far greater!”

Join us this summer as we embrace our identity as citizens of Jesus’ Kingdom, and learn how to live like we belong to another world.