Steve Laube, a Literary Agent and President of Steve Laube Agency, is back on the Mount Hermon Writers blog again sharing a Faculty Guest Post Q & A. Click here to read the full bio for Steve Laube.

Steve will join us at the conference, March 27-31, 2015, to review manuscripts, meet with writers, teach one afternoon workshop and co-teach another. Click here to view the workshop summaries for Landmines in Your Book Contract and Planning Your Book Launch.

About that Conference Appointment

You snagged one of those valuable 15 minute appointments with an agent or an editor at the writers conference. Now what? What do you say? How do you say it? And what does that scowling person on the other side of the table want? What if you blow it?

Many excellent posts have been written on this topic (see Rachelle Gardner and Kate Schafer Testerman for example) but thought I would add my perspective as well. 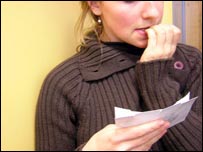 What advice would you give to a beginning writer about attending a writers conference and meeting with an editor or an agent?

Go in with realistic expectations. The biggest mistake is thinking that this is the guaranteed method for getting a book contract and that you have one chance to make or break your entire writing dream. Modify those expectations. Instead see it as a learning experience and a place to listen and absorb the sights and sounds around you. It can, in some ways, be a safe place to fail.

Over the years it is estimated that you’ve conducted nearly 2,000 of these appointments. What are you looking for in a new author or client? Is there an element in a pitch that you look for?

This a VERY difficult question. Reading anything is an extremely subjective experience. If I like the pitch I may not like the writing. And sometimes the pitch is weak but the writing is great. And furthermore, what gets me excited may cause another agent’s eyes glaze over.

In the appointment I’m looking at the person as much as the pitch and the writing. It is the connection made with their personality and their passion and their overall presentation of themselves. That is as much a part of the pitch as the actual words in the manuscript. It is one of the reasons why agents and editors go to a conference…to see firsthand that “snap” or “spark” which makes that person stand out. Hopefully the execution of the writing delivers as well.

Understand that I’m not saying that someone has to be a “bigger-than-life” personality. That would be a rather shallow perspective. Instead it is reading the person behind the page. It is hard to explain and impossible to teach to someone else. But those of us on this side of the table know what I mean. The successful agents and editors have the ability to pick those few from the crowd..

So, please understand I’m not talking about a song and dance routine. But instead I’m talking of the internal fire, that God given spark that says, “Steve? Pay attention.”

On the one hand is the person who tries to tell their entire novel or book idea with excruciating detail. That is either a case of nerves or a case of failing to practice ahead of time.

On the other hand is the person who is so precise that they sit down, smile, and hit me with their 25 word blurb. Then they close their mouth and expectantly wait for my august pronouncement, as if that is considered a conversation. That “interview” has lasted for all of two minutes at that point…. and the silence is rather awkward. (Realize I haven’t read anything yet.)

The key is a strong balance between being over eager and talkative and the sterile precision of a practiced speaker. Remember, this is a conversation. I am not only listening to your pitch, I’m also listening to you. I am also meeting you.

But if I say “No. This doesn’t work for me.” That doesn’t mean I don’t like you. It is like the sidewalk vendor who shows me their turquoise jewelry and I say “No thanks. Not today.” I am declining a business proposition not crushing your soul.

Is there any sort of unwritten protocol to which you can clue us in?

Use your common sense. The jokes about slipping a proposal under a bathroom stall door are based in fact. Imagine my surprise while standing in the bathroom doing my business when a fellow comes up to me and starts pitching his book idea. I turned my head and sternly had to say, “Not now! Do you really want me to associate your book idea with this experience?”

At one conference a woman followed me into the men’s room while making her pitch. I had to ask her if she would mind waiting outside for a moment.

I’ll never forget another lady who came up to the appointment table, stood over me, and shook a finger saying, “Now you be nice to me!” And then gestured aggressively at another editor in the room, “Because that man over there made me cry.” I timidly asked her to take a seat.

Once a writer was so nervous about the appointment that the moment she sat down she burst into tears.

My advice to every writer is to r-e-l-a-x. Be yourself. The editor/agent is not necessarily an ogre. (However, after watching me at a writers conference in Oklahoma City Thomas Umstattd gave me the title “The Harbinger of Grim Reality” or “ogre” for short. Gee, thanks Thomas.)

If you run into an editor/agent in the hall or the elevator, it’s okay to talk to them! We are not “rock star celebrities” for goodness sake. We have come to the conference with the goal to find new talent and to nurture relationships.

Try not to argue with the editor/agent. It’s okay to disagree and state your case, but if you let it devolve into a snit you need to apologize…and so does the editor/agent. Civility should reign. If I make a statement regarding the receptivity of the market to your book idea, I’m not asking for a debate (“But mine is so much better than Harry Potter!”), I’m merely expressing my observations about the marketplace.

It’s been said that some editors and agents request everything pitched to them at a conference. What is your take on this, and how often do you make requests?

There can be the problem of the “false positive” at a conference. By “false positive” I mean the editor/agent says, “Send it to me” only to later send a stock rejection letter. It is a problem of which there is no real solution. Editors/Agents cannot fully evaluate a project in a 15 minute meeting or over a group dinner table. Back in the office they can weigh your project against the others they are considering. But at least you are being considered! If you had not gone to the conference you would not have had that chance. I can name numerous times in my past where I contracted someone after reading the proposal in the office. Of course the majority receive the “no thank you” letter. Just because the faculty member says, “send it” doesn’t carry with it a guarantee of a sale.

It is especially difficult with fiction because the reading is more of an experience than an evaluation. I’m not afraid to say, “This needs work” to any writer and many of you reading this blog have heard those words from me. But at the same time our agency’s door is always open. We are always in the hunt for the “next best.” I can’t know if that is the “next” unless I get it reviewed and read it myself in a different context outside the conference.

Have you ever signed an author after meeting with them at conference?

Many times. Both as an agent and back when I was an editor at Bethany House. It does happen. Most recently it happened at the Mt. Hermon conference in March 2010. This first time author made her initial pitch during dinner. Her non-fiction idea was great and the pitch was dynamic. We then met later one-on-one to discuss the idea further. Then I spent time with the sample writing back in my office. We decided to work together and spent a few months developing a top-notch proposal. After sending it around we have had interest from five publishers with two wanting face-to-face meetings at their headquarters. Ultimately it turned into a high value multi-book offer from a major publisher…for a first-time non-fiction author. And it all started with a short meeting at the conference.

I can safely say that every editor or agent would agree that if they find one (only one) new talent from a conference it is considered a success.

I’ve had many times where nothing specific came out of that conference but years later it bore fruit. For example, Paul Robertson attended a conference where I spoke in the late 90s. He said he sent something afterwards that I rejected. Eight years later he sent me a proposal that is now a published book (The Heir) with Bethany House. So while I didn’t necessarily see anything at the time it had results nearly 10 years later.

Have you ever rejected someone who later became a successful author?

Of course! Ask any editor/agent about the “one they let get away.” They’ll be “happy” to tell you their story.

A lot of writers deserve their initial rejections! Often they start out with a half-baked pitch or with an idea that just landed on the bestseller list written by another author. Jack Cavanaugh went to writers conferences for ten years before he sold the first of his 25+ novels. During those years he learned the craft, he learned the industry, and he became friends with editors. And when the time was right his novel was accepted and a career was born.

Click Here to learn how to make an appointment with agents and editors at the Mount Hermon Christian Wrtiers Conference!

Spiritual Growth … It May Not

Dangle Your Modifiers In Someone Else’s Fairytale, Por Favor