“I sensed that God was telling me to write a book. I thought it was a crazy idea. I didn’t have anything to say, or so I thought. In retrospect, I realized that I wrote the book before I knew anything about the craft of writing. I wondered why God didn’t tell me to learn how to write before he told me to write a book. Surely that would have been more logical,” Susan Barnes, 2017 conference attendee, says about her work in progress.

She continues, “However, one day when I was rewriting, I realized that if I was to write that book now, I wouldn’t have been able to write some things, with the same intensity as I felt back then because God has brought so much healing into my life.” 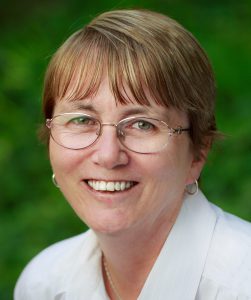 Susan flew from Australia to attend the conference. When asked if this was her first trip to the United States, she said that in 1994 she and her husband visited friends, who had accepted a call to a church in Texas. Then in 2010, they attended the Doing Church as a Team Conference in Hawaii.

“For the last six years, there has been a Christian Writers’ Conference. For several years I was the coordinator. It’s run by Omega Writers and is a two-day conference held annually in October. There were about 100 delegates at this year’s conference. So, as you can gather, it isn’t a big conference and doesn’t have the depth and breadth of information that is available at a U.S. conference.”

In addition to those two trips, Susan attended the Glorietta Christian Writers’ Conference in New Mexico. “Australia is a big country with a small population (24 million). We only have eight major cities and some of those aren’t very major when you compare them to U.S. cities. Therefore, we cannot support a large publishing industry. Plus, Australia doesn’t have a strong Christian heritage. Rarely can you buy a Christian book anywhere apart from a Christian bookshop or online.

“However, it planted the seed in my mind that I wanted to come. I had to wait eleven years. I had the opportunity this year when I unexpectedly inherited some money.”

Susan’s goal in coming to Mount Hermon was to find a publisher for her book. She has been writing devotions for twenty-five years. She tells us that she’s always enjoyed writing but didn’t have good grades for her essays in school. In 1988, her husband, Ross, was diagnosed with cancer and she needed a distraction. She began to take writing seriously and completed a couple of writing courses at the local community center.

A few years later, after his recovery, Ross went into pastoral ministry. One of the job requirements at their first church was to write a devotion for the church’s weekly newsletter. Ross told the leadership Susan was a better writer; he gave the job to her. She’s been writing devotions ever since.

“After some time, I sensed that God was telling me to write a book. As I said earlier, I thought it was a crazy idea. I didn’t have anything to say, or so I thought. I became aware that God wanted me to turn my devotions into a book, but not as a compilation,” Susan says.

“I told God, it was a crazy idea and how would I ever get it published anyway? Nevertheless, the idea wouldn’t go away. I wasn’t employed at the time and since I didn’t have much else to do, I wrote a book.”

Even though Susan has been to the United States before, she did have one fear about coming again. She tells, “One of my big fears about traveling to the conference was that I get lost easily. I tend to confuse my left and right. I’m the sort of person who can get lost in a shopping complex. For this reason, I planned to fly direct to the conference and back. However, my family persuaded me if I was going that far I should spend a few days sightseeing. So I flew to San Francisco five days prior to the conference.

“I managed to navigate my way around San Francisco fairly well until one day I caught the cable car to Lombard Street. Afterwards, my intention was to make my way back to the main shopping area. However, first I had to decide which direction I needed to go and then which side of the street to stand on to catch the cable car. In Australia, we drive on the left-hand side of the road. I crossed the intersection three times and ended up almost back where I started before I was confident I was in the right place!”

When asked about the highlight of her trip, Susan says, “The highlight of the conference and the trip was the opportunity to talk to publishers and editors informally over meals and at workshops. From these discussions, I learned a lot about what I need to do to get my work published.”

Do you want to have the opportunity to talk to publishers and editors informally over meals and around the conference grounds? Come to Mount Hermon Writers Conference. Register here.

And, don’t forget about the First-Timers Contest. Ten winners will receive a full scholarship. Deadline December 30, 2017.

What It Feels Like to Win Five Christy Awards